The recent crime statistics for the period between the 1st April 2016 and the 31st March 2017 were released by the South African Police Service (SAPS) earlier this month.

The report revealed that there were 16,717 reported vehicle hijackings between April 2016 and March 2017, a drastic increase of 14.45%. The shocking news is that this was the highest number recorded in the past ten years. On average, 46 cars were hijacked each day during this period. 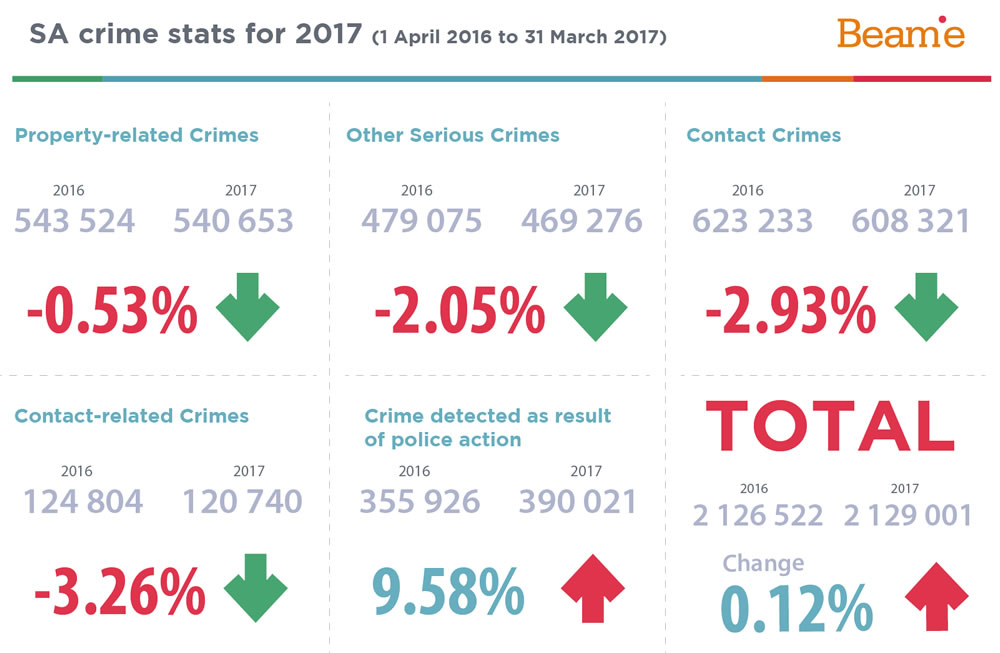 Research has shown that a criminal decides in just seven seconds if you will be their next victim – whether you are walking in the park, driving into your garage or parked at a red traffic light. There are a few pointers that you can apply to prevent a hijacker from taking you by surprise:

In the unfortunate event that you are involved in vehicle theft or hijacking, call the Beame Emergency number on 086 023 2631 on your mobile or via the Beame Smartphone App to report your stolen vehicle.

Download the Beame Smartphone App for free on both iOS and Android platforms.