Over the festive season, we see some of the most tragic road accidents, resulting in injuries and fatalities due to a lot more drinking and driving.

Office parties, family get-togethers and festive season celebrations may leave you feeling like there is little harm in having a few drinks at a social event and then getting into your car to drive home. But this behaviour puts the safety of other drivers and pedestrians at risk, not to mention your own. The law against drinking and driving is very clear – simply don’t do it. Research has shown that alcohol slows down brain functions, reducing your ability to judge your driving speed and your distance from other vehicles and pedestrians, resulting in the inability to focus on the road and your surroundings.

Added to this, drivers who have too much alcohol in their systems will face the wrath of the law: being over the limit could mean facing up to six years in jail. “Drunk driving is one of the biggest threats to Road Safety in South Africa,” says the AA (Automobile Association of South Africa). “More than 21,000 people have been arrested on our roads in the last year as a result of drinking and driving, and it has been shown that 50% of people who die on our roads are over the limit.”

So how much is too much?

One unit represents the following: 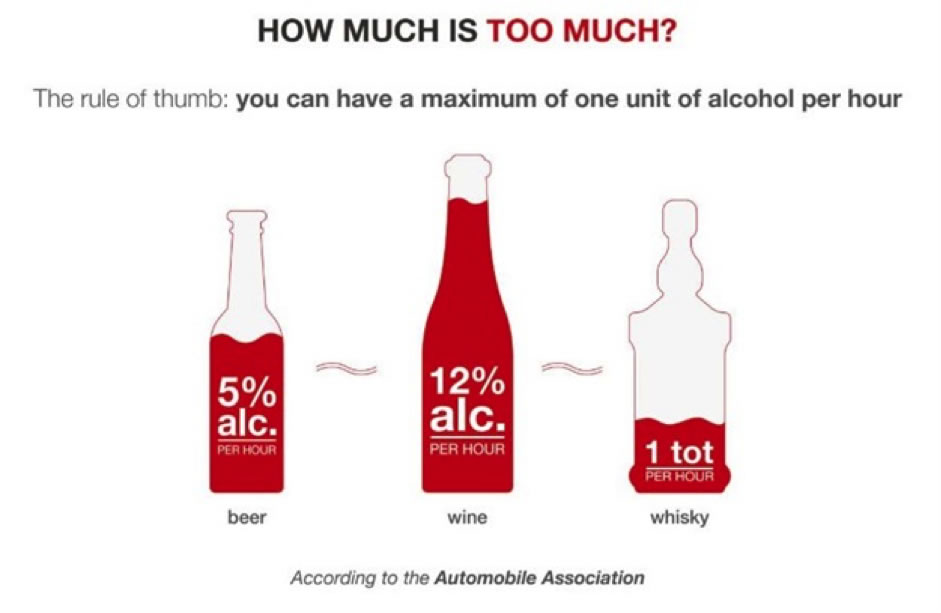 So how does alcohol impair your driving? 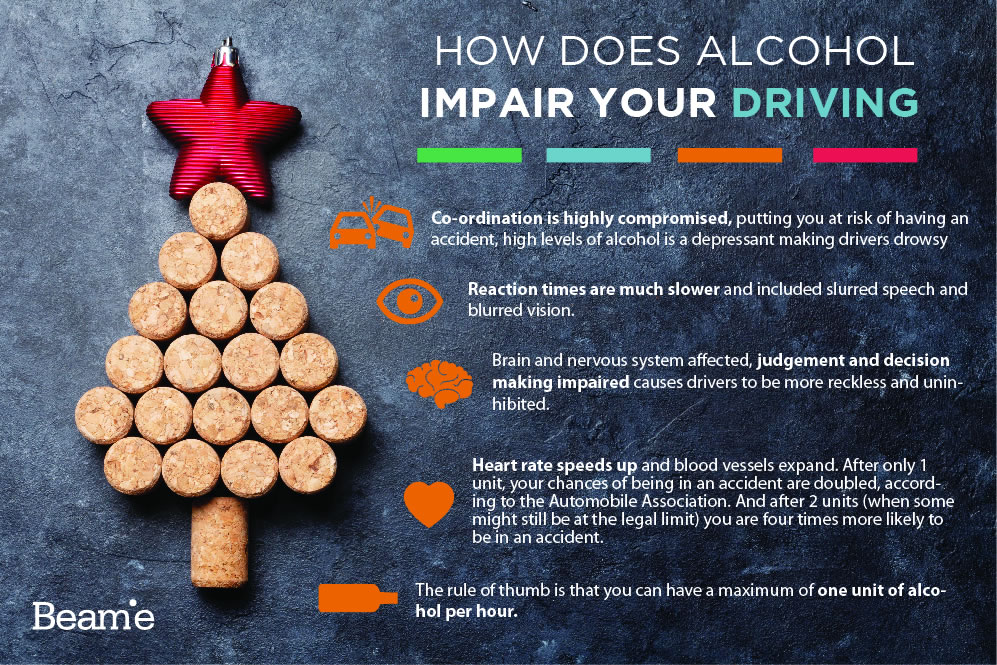