What is your car costing you daily? South Africa’s average cost of car ownership skyrockets

The latest data from WesBank shows that the average monthly cost of motoring in South Africa has increased by approximately R940 or 14 percent in the past year, and by some 31 percent since 2013.

According to WesBank’s figures, the current average monthly cost of motoring comes in at R7 650,14, taking into account vehicle instalments and fuel spend (which make up 80 percent of the figure), as well as insurance premiums and general running costs (or maintenance).

Take note, though, that the sample vehicle price is based on an average entry-level car that travels approximately 2 500 km per month.

The news comes despite “favourable vehicle price inflation” and interest rates remaining at what WesBank describes as “low levels”. Of course, the rising cost of fuel and an increase in VAT from 14 percent to 15 percent were big drivers in the hike in overall costs.

“The past year has been a rollercoaster ride with drastic fuel price fluctuations making it difficult for consumers to keep track of monthly budgets,” said Ghana Msibi, executive head of sales and marketing at WesBank.

“As a rule, we generally advise motorists to allow some breathing room in their budgets to help absorb these changing costs.”

WesBank’s data also indicates that the change in vehicle price inflation for new vehicles has had a favourable effect on purchase prices. In July 2018, WesBank’s average new vehicle financed deal was only 1,43 percent higher than the same time last year at R307 445, while the average used vehicle finance deal was 6,9 percent higher than that of last year at R216 309.

“International oil prices and local exchange rates continue to play a direct role in the monthly budgets for motorists, in both fuel and vehicle prices. Although manufacturers are offering attractive marketing incentives to lure customers into dealerships, consumers still have to spend more on vehicles, fuel, insurance and maintenance than ever before,” added Msibi. 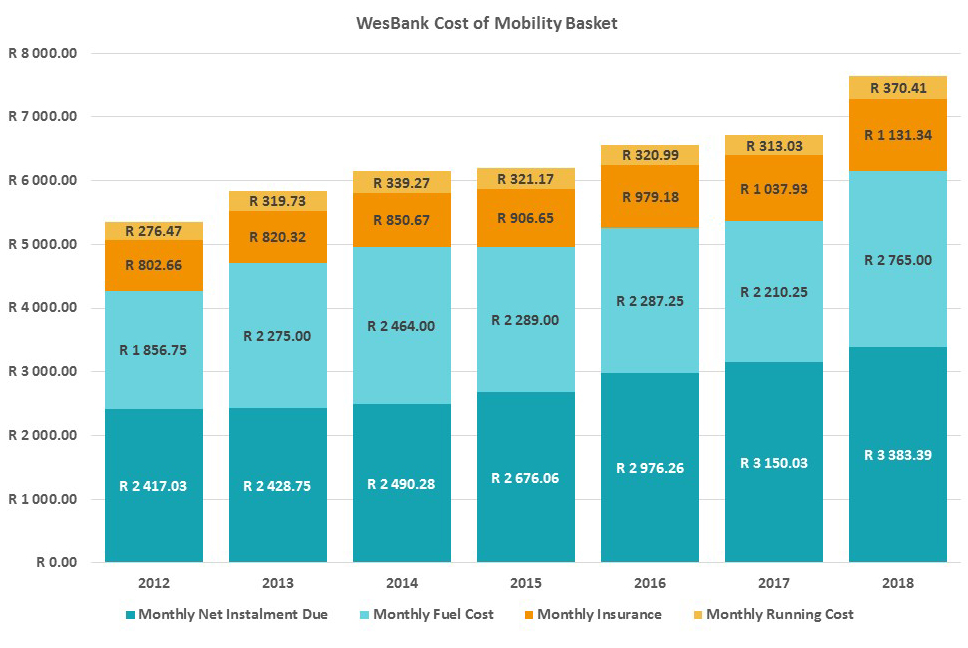