Beame shares the love this month

The Beame Traffic Sponsorship Campaign was launched on Monday, 5 February 2018, during which the morning traffic report was sponsored by Beame on the following radio stations:

We would like to extend a big congratulations to our ten winners, who each walked away with R 3000: 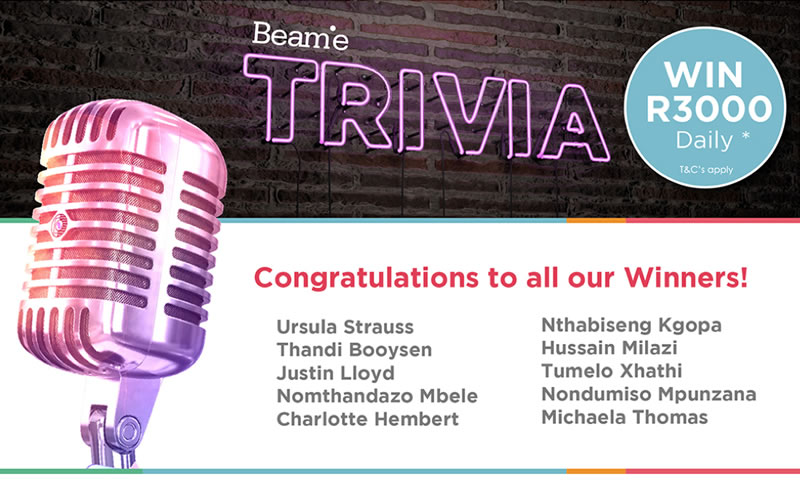 Thank you to everyone who participated in this exciting campaign. If you missed the Beame radio clip, click here to listen to it.